Detection of diseases with movement patterns

Developing new technologies that allow the early detection of infectious diseases and health problems is the VIGIASAN project’s objective, which is captained by the professor of animal health at the Complutense University of Madrid, José Manuel Sánchez-Vizcaíno. Through the application of algorithms that allow differentiating group movements and individual movements, this new system will help detect which animals may be about to start a febrile process and later disease. We talk about this novel system and all its advantages with Professor J. M. Sánchez-Vizcaíno. 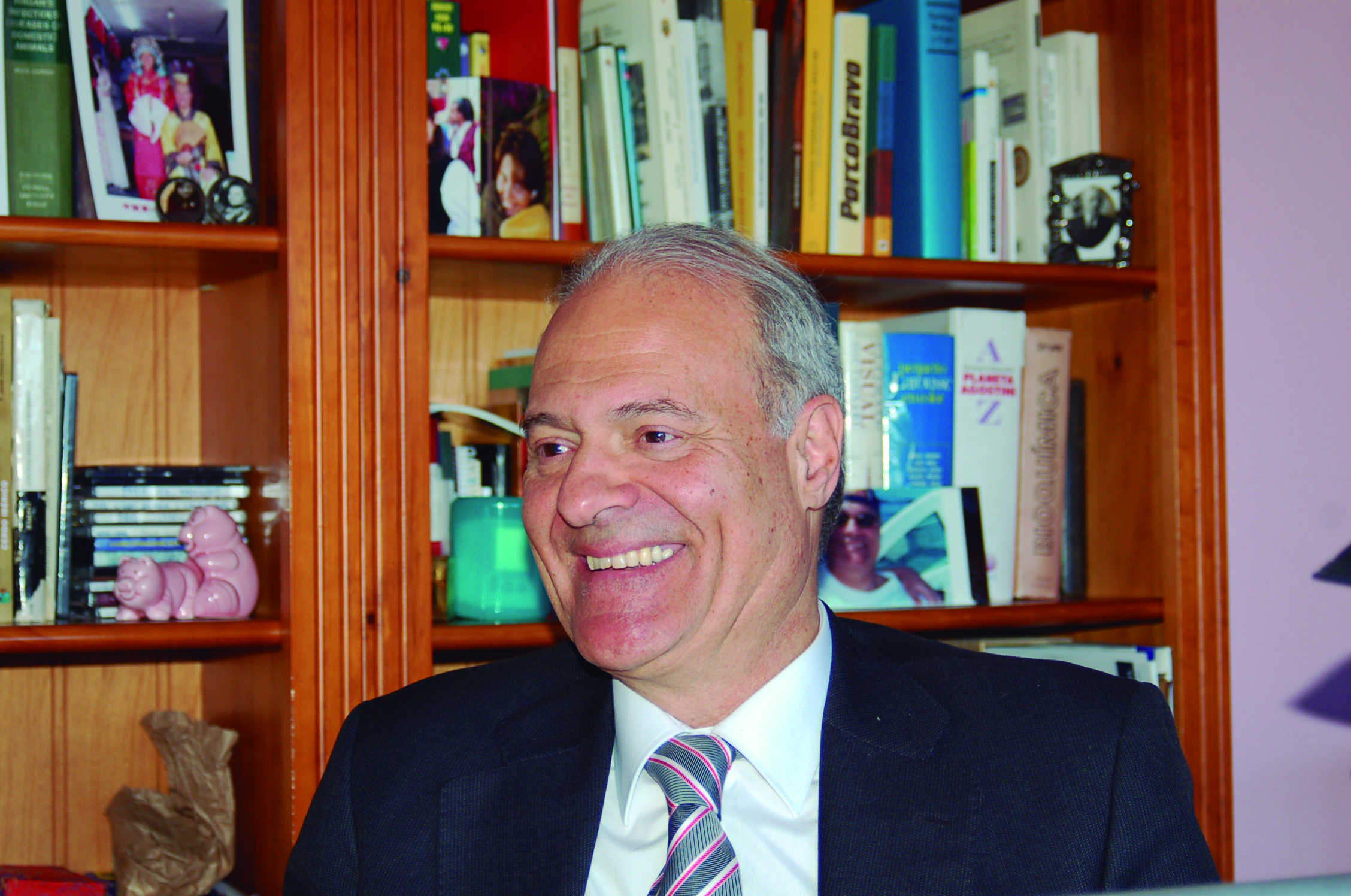 How was the VIGIASAN project born?
We have to go back more than ten years ago to know the origins of this project. The Ministry of Agriculture (MAPA) asked our research group to analyse the risk of different diseases entering into Spain, for their early detection, selecting surveillance zones using sentinel farms (ordinary farms that detect possible conditions early), in which biweekly control was carried out, and different samples were taken for analysis. A blue tongue outbreak put us on alert, and we found that surveillance every 15 days could be insufficient. Then, work began with early fever detection tools such as thermography, which was useful for the early detection of feverish states. However, the technique presented different problems, so we tried other methods, such as the installation of accelerometers or the measurement of water consumption, etc. After these tests, which we videotaped, we installed an artificial vision system, and we noticed that the animals’ movement could be a useful marker of health alterations. We applied different algorithms that allowed us to differentiate them from the group and individual actions, and issue an alarm when significant behavioural changes occurred long before the human eye detected them. With this system, we were able to catch a disease 48 hours before the appearance of a positive PCR (the most sensitive method for detecting infectious diseases). A year ago, we presented the preliminary data obtained and a project proposal to the National Rural Development Program on new technologies from MAPA and the EU, and they granted us the VIGIASAN project.

"We applied different algorithms that allowed us to differentiate them from the group and individual actions."

Who participates in this project?
The project is made up of the Veterinary Health Surveillance Center (VISAVET-SUAT) of the Complutense University of Madrid (UCM). This team has veterinary specialists in epidemiology, infectious diseases and preventive medicine, mathematicians and computer scientists. It is a multidisciplinary team. On the other hand, we have the collaboration of the companies Pig Champ and Vall Companys, the technology company Infomicro, the Association of Vaccine Producers and the Vet + I Foundation, which helps us with communication.

What is VIGIASAN’s objective?
What we mainly want to achieve is to develop a health surveillance system for pigs, which allows the early detection of infectious diseases on conventional production farms. Therefore, we must transform everything we have done during these years at the laboratory level into a system that we can install on production farms. This will allow us to outline some algorithms so that the system is as accurate as possible. Besides, we are studying how early detection works in each of the production phases, to adjust the algorithm as much as possible in each of them, and to activate an alarm when it detects an anomaly that can become a feverish process. The farmer will verify the warning and will be able to separate those animals and request a laboratory diagnosis early on, avoiding the spread of the disease.

How will this system work?
Wide-angle video cameras are used that can capture as many animals as possible. These cameras record day and night continuously, and the recorded material is processed by algorithms that measure each animal’s movement. It should be said that these are changes in actions that are invisible to the human eye. Once we have this information, if the system detects an anomaly, an alarm goes off. Before the alarm, it can be verified if there is an anomaly or something unusual in the animals that the system has detected, and based on this, we adjust the sensitivity and specificity of the system. The machine learns from its errors as algorithms are altered.

"We are studying how early detection works
in each of the production phases."

How is this system different from others?
There are currently other research companies that are also testing systems such as accelerometers, temperature detectors, or others to detect possible abnormalities. Our approach, unlike others that perform individual monitoring, is an integrated non-invasive system, since it does not bother the animal, and what it does is continuously monitor day and night, and transmit caution or alarm signals if it detects that something is not going well in some animal. In short, our project tries to incorporate new technologies, much more effectively than the human eye, in the best possible way for conventional farms.

How many phases does the project expect? Which one are they at?
Specifically, the project started in 2019 in the UCM laboratories with the first phase, the experimental one. There we did tests with experimental infections, and we could confirm that our system detects feverish alterations of the animal long before a PCR is positive. This helps prevent the disease from spreading. In the second phase, we are trying to adapt this system to conventional farms. For this, two have been chosen, one from Pig Champ in Segovia, and the other from Vall Companys, in Lleida. In this second phase, which is the one we are now in, we want to verify that on commercial farms, the system continues to maintain its capacity to detect any alteration that comes with a fever. Finally, the third phase, which we plan to develop in 2021, will consist of adjusting the algorithms for the most sensitive and specific detection possible under conventional farm conditions. 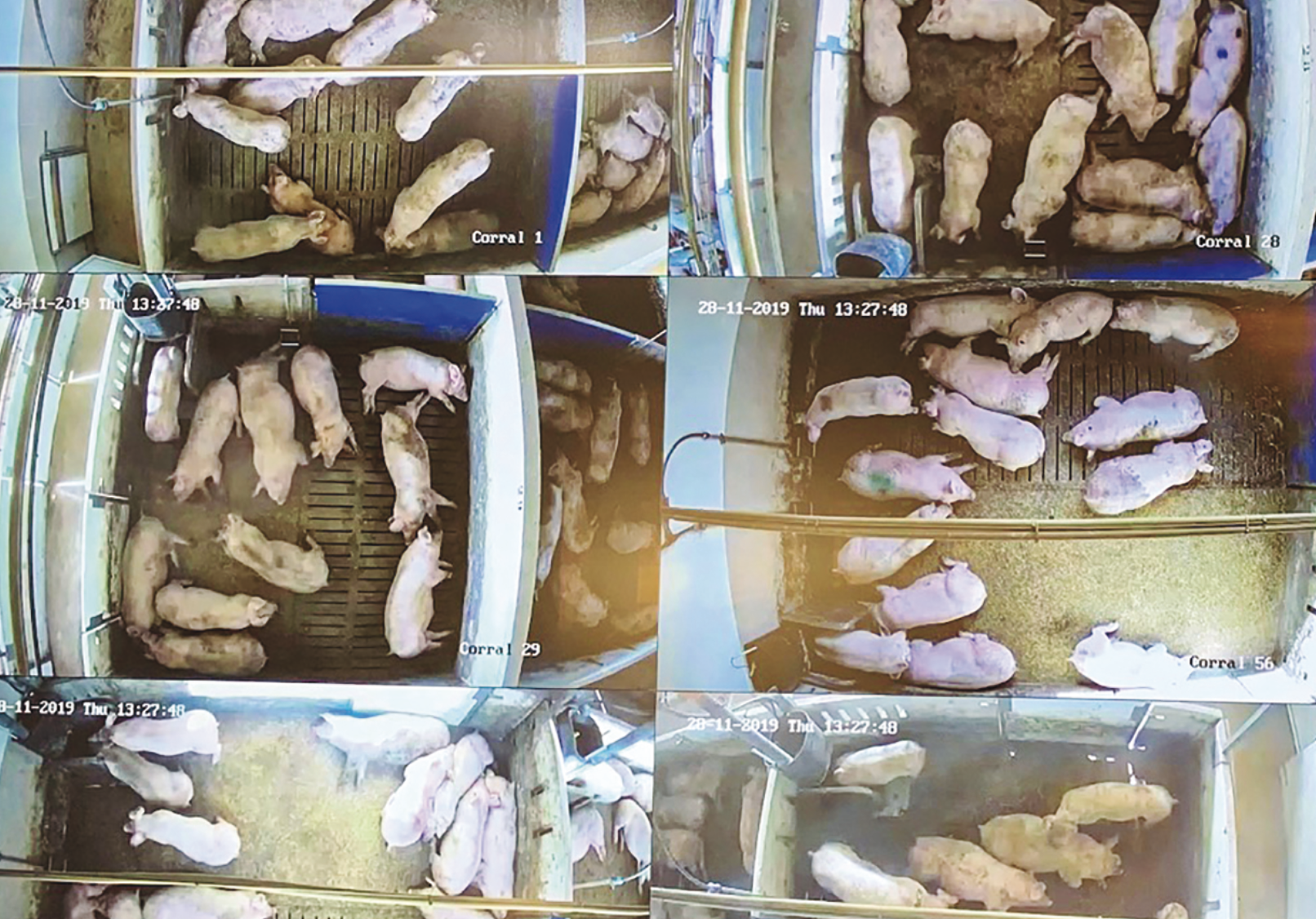 Can it be used for other species?
Right now, we only work with pigs, but, through the Vaccine Livestock Association, we have already started to select cow farms, to implement the project with other animal species. In the coming months, cameras will begin to be installed to control animal activity and begin to define their algorithms. In the long run, it is a system that can be applied to all animal species.

What can VIGIASAN contribute to the pig sector?
As we know, in healthcare, the secret is in early detection. Having this will go a long way in controlling the losses of a farm, will strengthen the safety of these facilities and help prevent the entry of endemic and exotic diseases. On the other hand, for farmers, it would mean an improvement in the surveillance tasks of their animals and their health and well-being would increase, since it will allow very early detection, long before the human eye. When the human eye detects the problem, the disease could already be established. In contrast, with this system, we can detect it 48 hours before a PCR is positive; that is before the virus or bacteria begins to circulate.

"For farmers, it would mean an improvement in the
surveillance tasks of their animals and their health."

Can it also mean a reduction in antibiotics use?
Yes. By detecting any disease very early on, you avoid its spread and, consequently, the number of animals to be treated is much lower than when the disease has spread throughout the farm, so there is a significant reduction in medication and better well-being.

How has the project been welcomed so far?
The truth is that we have had an outstanding response from the people to whom the VIGIASAN project has already been shown. Most have been interested in it, and that indicates an excellent future for it since it will mean more tranquillity for farmers, improvements in the early detection of diseases and animal production, greater profitability and a lower need to visit farms on weekends.