Costa Rica advances towards the technification of the sector

The surge in imports, the opening of new markets and the growth in pork consumption have led Costa Rica's pork sector to expand towards a more ambitious and technical industry. According to the latest agricultural census, there are about 14,600 pig farms in Costa Rica, with about 400,000 pigs. Of these ranches, over 82% are small farms with fewer than ten pigs; the rest are larger-scale farms, which produce 80% of the country's pork.

Over the last few years, Costa Rica's pork sector has been expanding the size of its farms. This growth has led to more substantial commercial and technological efforts on the part of the country's pig farmers. A clear example of "technification" can be seen in the investments made by many farmers to improve their animals' genetics, with a bet on superior genetics that leads to producing higher quality meat. This improvement can be seen by the increment in the pig yield, which has shifted from animals of an average between 70 and 75 kg to animals of between 80 and 85 kg.

Free trade arrangements have led to greater competition in Costa Rican pork since, due to these commercial negotiations, local produce must compete with the product that comes from countries such as Canada, the United States and Chile, from which around 5,000 tons of pork are imported per year. This situation has led many pig farmers to petition for actions against imports because of the high costs of local production.

The approval of free trade agreements has also provided an opportunity to export to high-value markets such as Hong Kong, South Korea, Japan and China: countries to which about 500 tons of pork are exported per year. In the case of the Asian giant, the treaty was sanctioned in 2018 and represented one of the most exceptional growth opportunities for Costa Rican pork, given that China is the second-largest consumer of pork per capita, only behind the European Union.

Thus, the appearance of sizable quantities of meat that compete directly with the local produce and the opportunity to export to large markets have led the sector to have a more competitive industry internationally, which must deal with much more efficient production styles than those of Costa Rica. 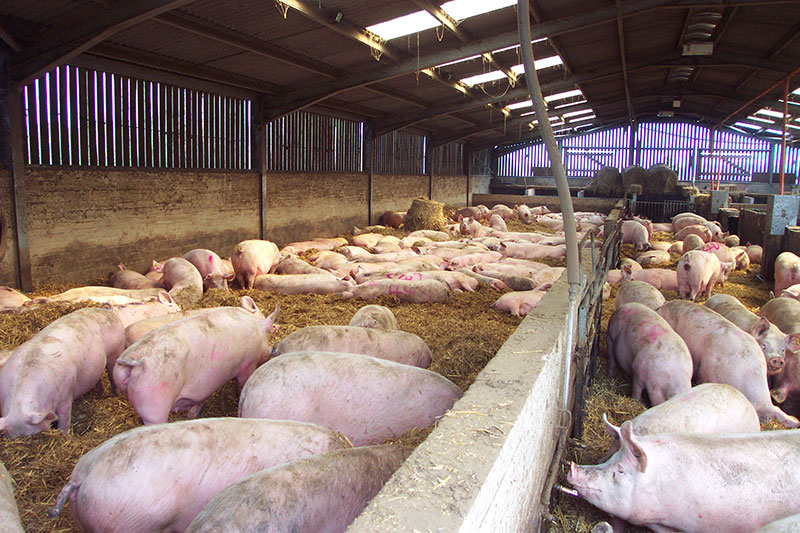 Consumption on the rise

At the same time, the increase in imports and the opening of new markets have been followed by the rise in use: since 2017, per capita consumption of pork in Costa Rica has surpassed beef. Factors such as greater diversity of beef cuts, an improvement in genetics and thus in production quality, and price stability have contributed to this success.

According to estimates from the National Pig Farmers Association, the consumption of pork rose from 11.55 kg per person per year in 2014 to 15.41 kg per person per year in 2018, only outperformed by chicken meat. Besides, in 2016, Costa Rica was the Central American country with the most significant annual per capita consumption, ahead of Panama, Honduras, Guatemala, Nicaragua and El Salvador. This circumstance also contributed to the pork industry being one of the few Costa Rican sectors to meet annual production objectives that same year.

The behaviour of the pork market in Costa Rica has also been recognised in the number of animals slaughtered per year. Data from the National Production Council reveal that in 2014 513,279 pigs were slaughtered, compared to 601,436 last year.

Costa Rica was formally recognised as a classical swine fever (CSF) free country at the 86th World Assembly of Delegates of the World Organization for Animal Health in 2018. This recognition gives the country an official sanitary status, thanks to the fact that the disease does not exist in the country and the conditions for legislation, veterinary services, control and eradication strategy, animal identification system, movement control and laboratory diagnosis, among others, have been met.

However, pig producers in Costa Rica and the rest of the Central American region are not dropping their guard and, in the last year, the Inter-American Institute for Cooperation on Agriculture has reinforced sanitary regulations to ward off the appearance of African swine fever (ASF) in the American continent. Sanitary controls at borders, manipulation of food waste from aeroplanes and ships, attention to clinical signs of pigs on farms for possible reports to official health services, and increased biosecurity measures have been emphasised.