Dolores García: "The pig is postulated as the experimental animal with more expectations"

From the combination between Lleida, a territory that concentrates more than half of the Catalan pig census, and the demand for specialized research facilities, CREBA (Center for Experimental Biomedical Applied Research) arises, an innovative institution that carries out its research with pigs because its similarities with human beings, and offers specialized and continuous training to health professionals. In this interview, Dolores García, CREBA's veterinary manager, tells us how it works.

What was the origin of CREBA?

CREBA was promoted by the Lleida Province Council with the aim of creating a technological nucleus in biomedical research in an environment with very solid pig production, and by IRB Lleida, the only Catalan institute for biomedical research outside Barcelona, ​​accredited by the Carlos III Health Institute. This gives a verification of quality and scientific production. In this context, it was decided to join the two potentials and create a biomedical research center that would rely on pigs.

For its similarities with the human: anatomical, histological and even, many times, behavioral similarities. In fact, the pig is postulated as the research animal with more expectations. Historically, research animals have been rodents, due to their low cost and easy handling, but in certain diseases, no more results can be obtained from them. At this point is where the usefulness of the pig appears, because they suffers from diseases like us.

Which are these similarities?

The brain, for example. Ours has convolutions and that of rodents, with which a good part of neuroscience studies are done, is smooth. On the other hand, that of pigs also has convolutions, although not as pronounced as ours. The skin is identical, when viewed under a microscope it cannot be distinguished from a histological point of view, and the eyes are the same, although pigs are myopic. The liver is also the same and the heart is similar, although it has a different vascularization. 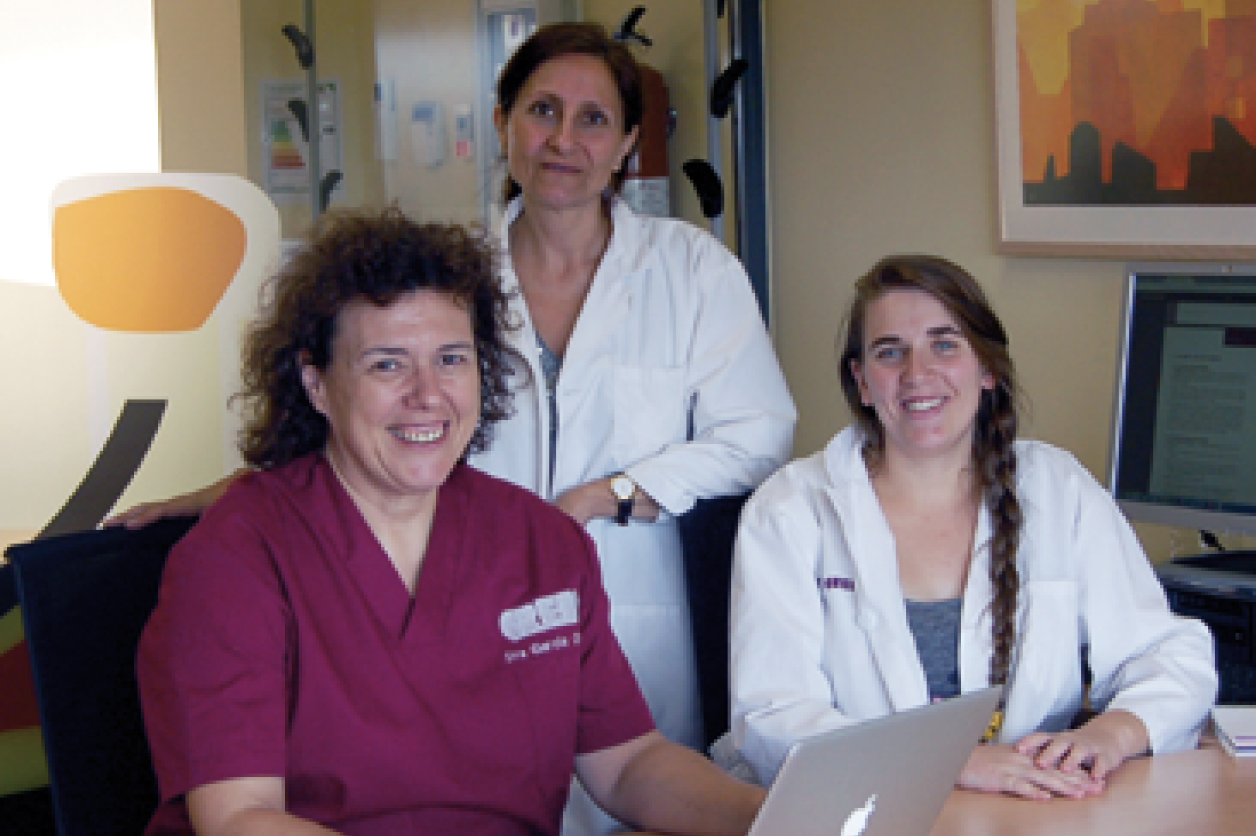 Is there any other center equal or similar to CREBA in Spain?

The peculiarity of this center is that it is not the animal research center of a specific hospital, but was born to serve any researcher. Most referral health centers have their own facility for their surgeons to perform tests and residents to practice. CREBA, despite its close relationship with the Hospital Arnau de Vilanova de Lleida, is not just for this hospital, but a special center. The first and only center that appeared in Spain with similar characteristics was the Jesús Usón Minimally Invasive Surgery Center, in Cáceres, in the 1990s.

One of CREBA's main lines of action is training. What are you offering?

Our main activity is the training of specialists in new techniques. We offer retraining to professionals: for example, we train nephrologists so that they can perform a kidney biopsy or peritoneal dialysis, scalpel and needle techniques for which you can go to a surgeon. Most of the professionals we train are surgeons, since it is the specialty on which they investigate and new techniques appear.

As for research, the other major line of action of the center, what is your activity?

We do biomedical research with the aim of finding solutions to problems that may occur in humans. For this we use farm pigs that are small and we can handle them easily. “Minipigs” are very interesting to work with, dwarf pigs whose maximum weight is about 45 kilos. The problem with these pigs is their price, since a “minipig” costs between 600 and 1,000 euros.

What is the process to request the realization of a project at CREBA?

The first step is to contact us and send us a proposal. When we receive it, we assess whether it is feasible to develop it in our facilities. If it is, we transfer it to our ethics committee and from there to CEA (Animal Experimentation Commission of the Catalan Government), who gives us the final permission to carry out the project. In parallel, we send a budget to the applicant with the costs of carrying out the project. Applicants are usually physicians, although biologists also approach us. 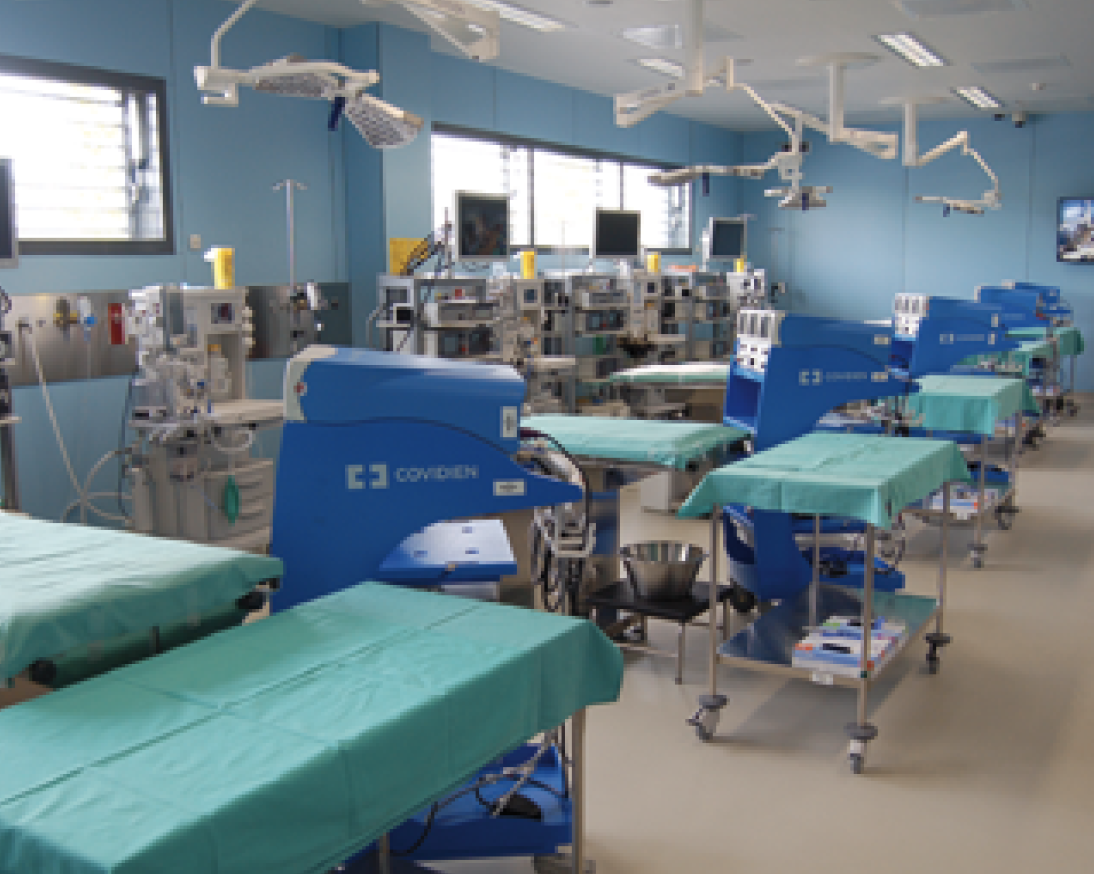 What facilities does CREBA have?

In the lower part we have the pen area, with a capacity for 40 piglets, and a patio that connects us with the CEP (Centro de Estudios Porcinos de Torrelameu), which is our supplier of animals and with whom we share facilities such as the cold room or slurry lagoon. In the upper part of the center there are two areas: that of the training classrooms and, in parallel and well separated, the corridor of the operating rooms, which is accessed through a changing room. In total, we have four fully equipped surgery rooms: three singles and one training room, with five tables.

How many workers has the center?

We are four people, three directly linked to the care of animals and one administrative. In addition, externally, we have the support of surgeons from the Hospital Arnau de Vilanova, who are CREBA doctors. Regarding animal care, I am the veterinary manager assigned to the center, with the double aspect of researcher and supervisor of animal welfare; then we have a second veterinary and a technique in Animal Husbandry and Animal Health Assistance.

How is CREBA activity financed?

On the one hand, each project has its budget to be carried out and, on the other, we are part of IRB Lleida, so we are financed by it. However, thanks to the projects and, above all, the training courses, we are becoming more self-sufficient.

What is CREBA's challenge now?

Our goal is to offer a better service than the competition and not lower the level.