South Africa's arable land is barely 15% of its total area, and the growing demand for food requires high-yield animal production in intensive systems. According to the South African Ministry of Agriculture, 400 companies are operating in the pig sector in the country. The growth in pig production, thanks to the sustained increase in pork consumption, and the forecasts of increased imports because of domestic demand are some of the most relevant aspects of the current situation of the South African pig sector.

Pork production in South Africa has experienced remarkable growth over the last decade, reaching an annual increase of 3.5%. Thanks to this growth, the country accounts for 0.4% of worldwide pork production. We can attribute the sustained increase in output to growth in pork consumption, improved farm management and advances in genetics. Besides, there is a trend in the country to build modern and efficient intensive farms, which can house between 600 and 5,000 pigs.

In the same period, the slaughter of pigs, which comes to less than three million heads, has also grown at a rate of 2.2% per year. This would show that increasingly heavier pigs are being slaughtered. Smaller and leaner pigs, with an average weight of 70 kg live, go to the fresh meat market, while heavier pigs, weighing between 75 and 95 kilograms when alive, are destined for the processing industry (bacon, ham, sausages, etc.).

To maintain these figures, South African pig farmers are facing challenges such as the rise in prices of the principal foodstuffs used in pig production, maize and soya: the prolonged droughts that South Africa has experienced recently have had a significant impact on the price of these products, which has had an economic impact on local pig farmers. In this respect, we should mention that the cost of feed in South African pig production represents approximately 70% of the overall production. 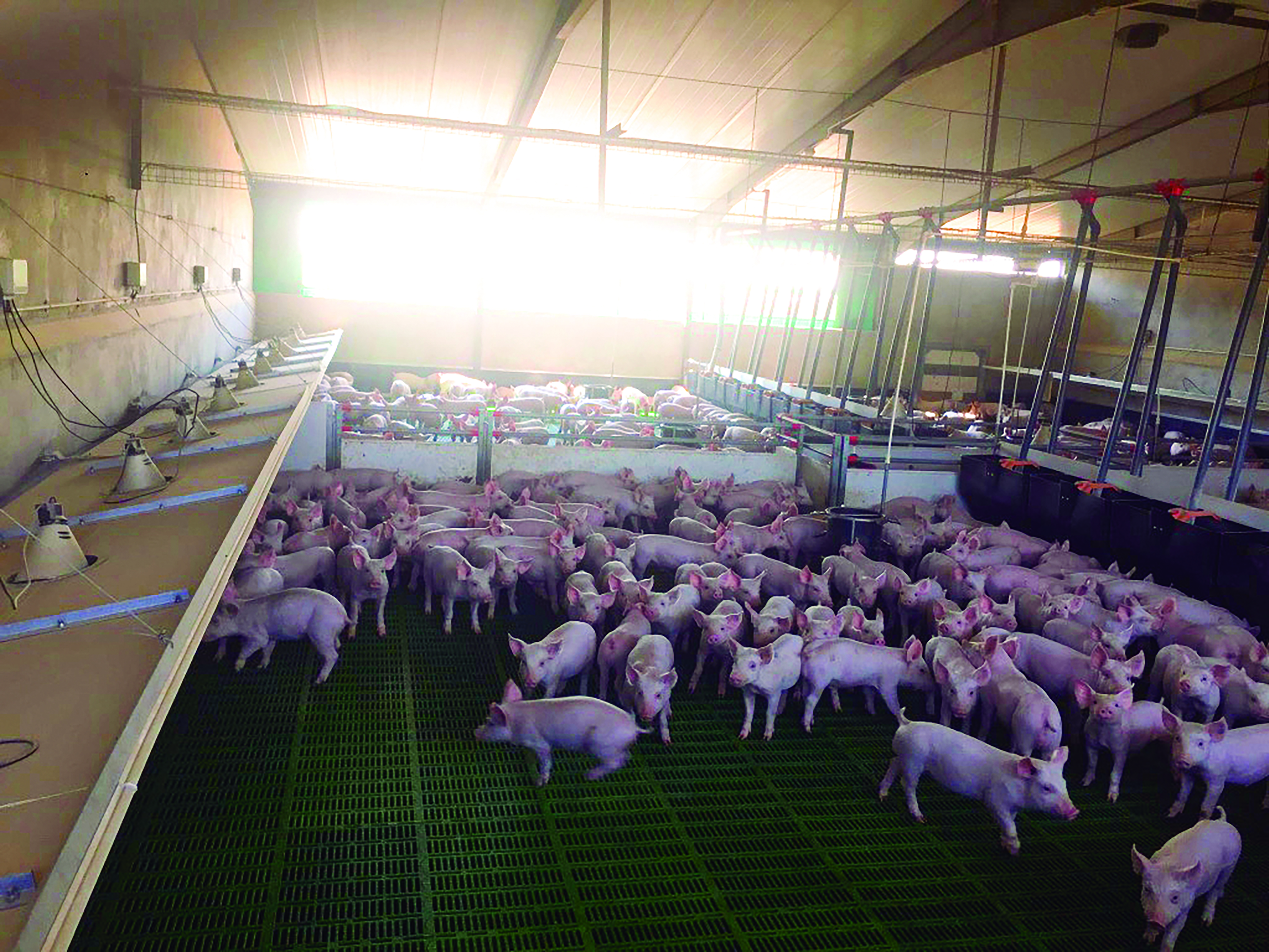 Pork consumption has exploded in recent years and has done so at a faster rate than beef and lamb, two of the most consumed in the African country. We can find the explanation for this growth in the effect droughts have had on lamb and veal production. These have led to a decrease in the number of these species, and the rise in prices.

Therefore, pork has emerged as the best alternative to lamb and beef, and consumption is expected to continue to grow, reaching 290,000 tons by the end of this year.

Despite this growth, and according to the latest analysis carried out in 2018, pork consumption only represents 5% of total meat consumption in the country, and meat consumption per person barely reaches 4 kg per year. We could attribute this fact to cultural and religious issues.

Regarding local trade, approximately 45% of pork is sold fresh, while the remaining 55% is processed.

The increase in pork consumption and the growth in domestic demand represent an opportunity for South African pork imports. The United States Department of Agriculture (USDA) expects these imports to grow by 2,5%. Despite these forecasts, it should be kept in mind that the increase in local pigmeat production and growth forecasts have contributed to the relatively stable imports market share.

South African pork imports come mainly from European Union countries (especially Germany), Canada, Brazil and the United States. It should be mentioned that pork from Brazil has been banned from entering the South African market for over ten years (between 2005 and 2017) because of the detection of an outbreak of FMD in the country.

Rib cuts continue to be the most imported product (between 50% and 60% of total pork imports). In recent years, imports of this product have remained stable, as South African producers could not produce enough ribs to meet local demand. However, the percentage has decreased (in previous years it had reached 76%) in favour of other pork cuts.

South Africa exports a small amount of pork to Namibia, Mauritius and Mozambique.