Health, the main challenge for the swine sector in Guatemala

Swine production has consolidated its position as the second largest livestock sector in Guatemala behind poultry. Since the country declared itself free of classical swine fever (CSF) in August 2016, the situation of the sector has improved, as it has been able to restart exports of live pigs, products and by-products, mainly to its Central American neighbours. Indeed, the main challenge of the sector is to maintain the health status and earn recognition as free of PPC from the World Organization for Animal Health (OIE).

The Guatemalan pig sector has a census of 1,555,595 pigs, 65.7% of which are concentrated on technified farms. In recent years, producers have invested in improving their farms genetically and technologically to produce better and more competitively, with Guatemala being the most technically advanced pig-raising country in Central America. The rest of the sector, 34.3%, is still concentrated on family or backyard farms. In 2016, Guatemala, Costa Rica and Panama accounted for approximately 83% of regional pork production, while the remaining 17% was produced in Honduras, Nicaragua and El Salvador.

In the economic field, pig-farming in Guatemala is the second most important line of animal production in the country, behind poultry, and contributes 1.7% of the Gross Domestic Product (GDP) and 15.8% of agriculture’s share of the GDP. In addition, the sector generates 10,000 direct and 60,000 indirect jobs.

Despite the country’s productive capacity, consumption of pork in Guatemala is among the lowest in Central America, with an average of 3.7 kilos per capita, a figure well below that of such nearby countries as Costa Rica (14.4 kilos) or Panama (12.4 kilos).

Given the low consumption of pork in Guatemala, the sector is trying to increase a figure that is far below the annual per capita figure for chicken meat of 16 kilos. Thus, producers are working to encourage pork consumption, which, they say, stands out for its quality and low price, as well as ensuring rigorous health and hygiene checks throughout the production process. 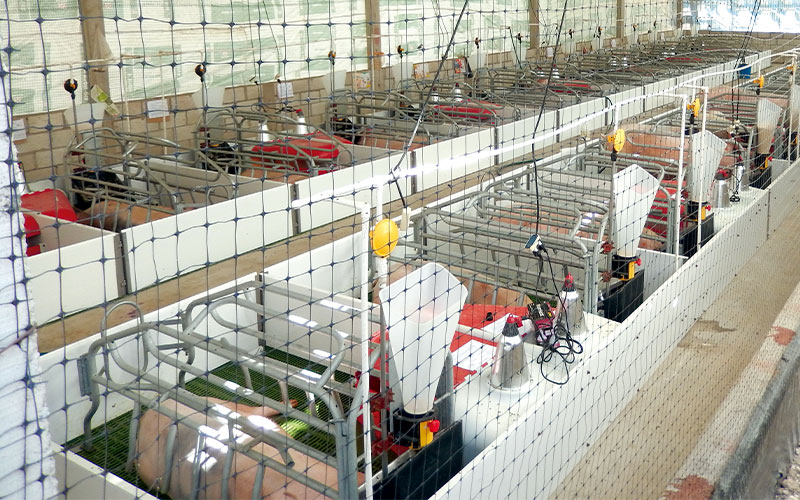 The volume of pork imports into Guatemala exceeds its exports. Thus, according to data from the Association of Pig Farmers of Guatemala (APOGUA), between 2012 and 2016, the country imported a total of 65,398 tons of pork, including sausages, pig skin, processed meats and gelatin. This amounts to around 12,000-14,000 tons annually, a figure that has remained stable in recent years (Graph 3). The main exporters of meat to Guatemala are the United States, Mexico, Spain, El Salvador and Canada.

Regarding exports, between 2012 and 2016 the country exported 40,750 tons of pork, including sausages, pork skin, pork rinds and entrails. The main destinations for Guatemalan pork products are Honduras, El Salvador, Nicaragua and Hong Kong.

In Central America as a whole, of the 249 thousand tons of meat consumed in 2016, 73% corresponded to local production, while the remaining 27% was imported, mostly from the United States and other countries outside the region.

In August 2016, Guatemala declared itself free of classical swine fever (CSF), a disease that was eradicated in 2009, but which reappeared in November 2011. From that date, the Ministry of Agriculture, Livestock and Food of Guatemala (MAGA) implemented measures to control and eradicate the disease, with the application of 2.4 million doses of vaccine and active and passive epidemiological surveillance between 2012 and 2014.

Since the declaration of the country as free of CSF in 2016, the Guatemalan pig sector has resumed negotiations with trading partners and exports of live pigs, products and by-products, mainly in the Central American region: Honduras, El Salvador, Nicaragua and Costa Rica. Recently, the ban imposed by the government of Honduras on the entry of porcine products and by-products from Guatemala was lifted.

CHALLENGES FOR THE FUTURE

Currently, the main challenge for the pig sector in Guatemala is to maintain the country’s status as free of classical swine fever without vaccination and achieve recognition from the World Organization for Animal Health (OIE). In this sense, given the remaining restrictions, the pig sector is working with the private sector to open exports to Asian and European markets.