Analyzing the pigs’ behaviour on farms, the environmental conditions of the facilities, the management... all this provides us with information on the welfare of animals. This idea arises from the European project Clear Farm, intending to create a platform that offers the farmer a snapshot of the state of the animals on the farm and allows him to act in advance to improve and correct possible welfare or health problems. In turn, the inclusion of this information in the labelling will allow the end consumer to know the state of the animals throughout their lives. We talk to Pol Llonch, UAB researcher, who is part of the Clear Farm project. 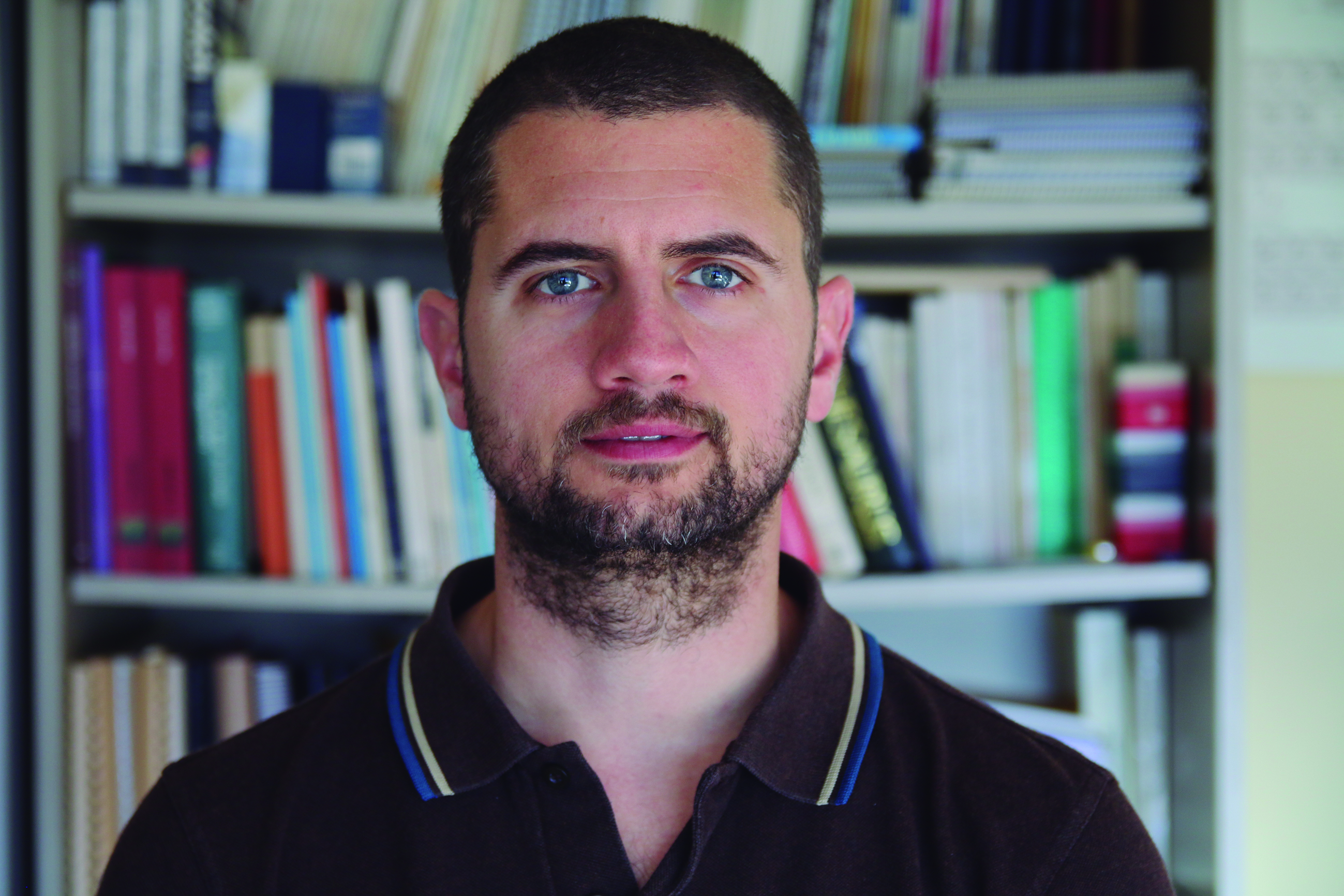 Pol Llonch, Researcher at the UAB specialized in animal welfare.

How did the Clear Farm project start?

The project arises from a group of three institutions: the Autonomous University of Barcelona, the University of Murcia, and the Wageningen University of the Netherlands. From our knowledge of the needs of the sector, we thought of a project that would allow us to use PLF technologies (Precision Livestock Farming) to obtain information on animal welfare.

What is the main objective of the project?

Design a platform that, through sensor information, offers us an image of the state of the animals on the farm, intending to inform consumers about their well-being. Specifically, through a labelling system, you could know what degree of welfare animals have had (in this case, pigs and cows) throughout their lives. Besides, this platform would also allow farmers to be informed about the state of the animals from a more global perspective, which would not only include welfare, but also the facilities’ productive parameters, etc. Finally, all of this will also allow us to know livestock impact on the environment, that is, that the information we obtain through sensors tells us what the contamination potential of animal production is.

What are the development stages of the Clear Farm project?

It is a four-year project that we started in October 2019 and is divided into four operational phases. The first phase, which we are finishing, aims to know consumers’ opinion and all the parties involved in the production (livestock, carriers, slaughterhouses, supermarkets...) about what they expect from technology like the one we are proposing if they believe that It could be useful, what advantages or disadvantages they see... Also, we review the existing technologies in the market that could be useful for this. The second and third phases will go in parallel and will mean that we move to farms to test the technology that has been identified as potentially useful in phase 1. Phase 2 is the one we will develop on pork farms and phase 3 corresponds to milk cow farms. In these phases, we will test the technology, we will see what information we obtain, how it is provided and what are the possibilities of integrating it into our platform as its finishing objective. Finally, phase 4 will be the design of the platform and its different functions that, through artificial intelligence processes, will collect the information from the sensors, process it and send the data related to animal welfare to the consumer. At the same time, that will offer farmers the results on the state of their animals. At the same time, the more aesthetic aspect of the platform and an understandable and adequate way of getting information to the final consumer must be developed.

At what point do you plan to start phases 2 and 3 on the farm?

We hope to start them between September and October. We will go to the farms to install sensors and start receiving information.

Where are these sensors to be located for pork farms?

We are working with three levels of data. The first would be those offered by the animal, that is, a sensor that allows us to record individual information about the pig. We are talking, for example, about a thermometer that the animal can ingest and provide us with data on its internal temperature, or a chip that we will put in its ear and provide us with data on how many times the animal goes to the feeder, the time it spends in it, how it moves... At the second level, we would have environment sensors: temperature, gas, sounds... Finally, on the third level, we would have data that is automatically collected on a farm such as veterinary treatments. Since we know that all medications administered to animals must be controlled by an electronic prescription, we can also incorporate this information into the platform’s database.

What do you hope to extract from the different data collected?

Our idea is to use a scheme that is already applied in the welfare evaluation protocols, and that divides the state of the animals into four areas: food, comfort, health and natural behaviour. We hope that the sensors provide us with information on each of these four areas so that we can explain to the consumer if the animal has been well fed, if it has enjoyed a good level of comfort, if its had good health, etc. 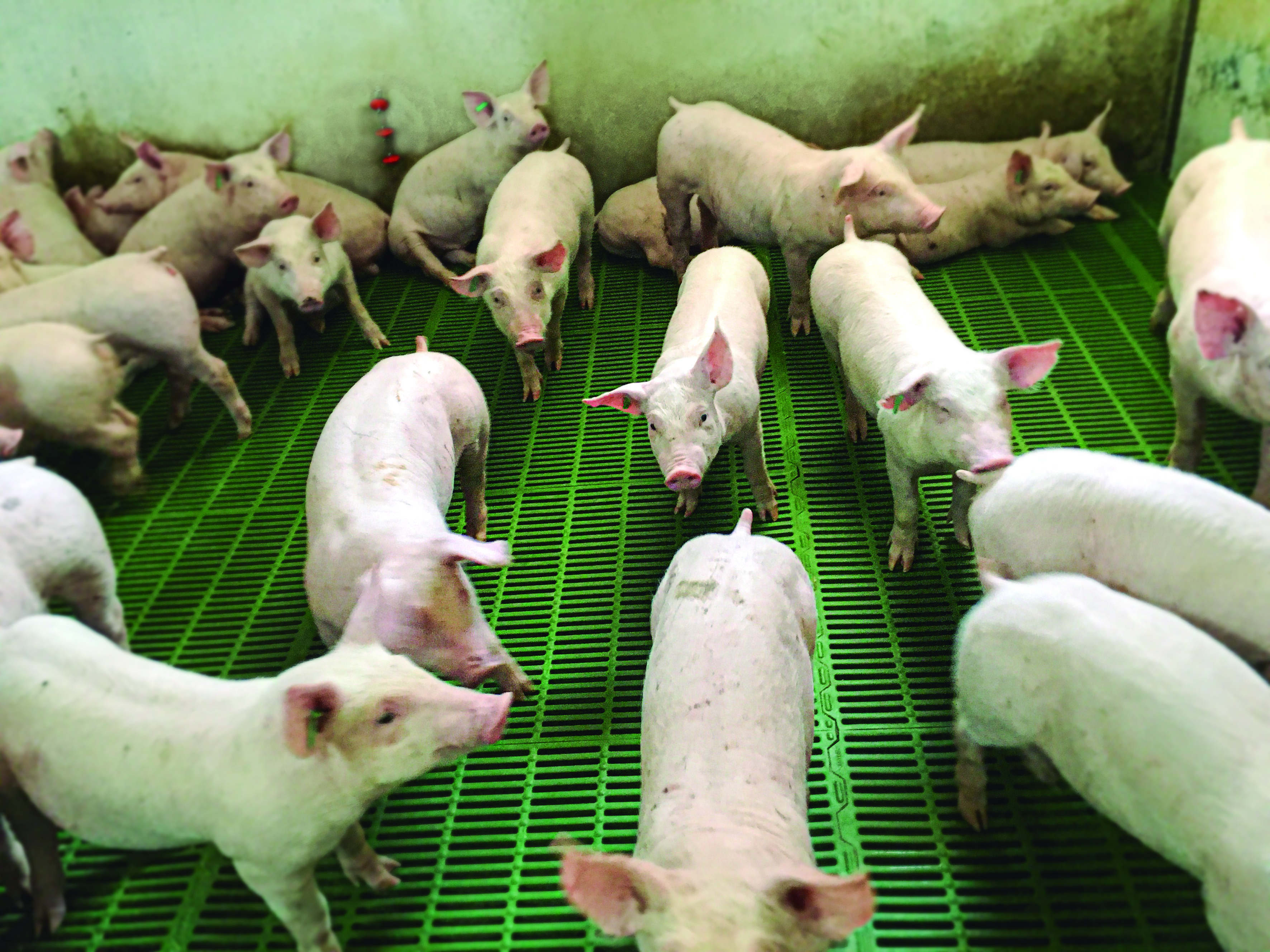 Example of a farm with a high level of animal welfare with Rotecna equipment. Photo: Rotecna.

Where do you plan to carry out the tests?

We will carry them out on commercial farms. El Pozo group is one of the partners of the project, so we will do the tests on farms in Cefusa, a livestock company in El Pozo located in Murcia.

What will the Clear Farm project end up contributing to breeders?

The objective is to offer farmers tools to improve their production. We will use blockchain technology which is already in use in other sectors, so that producers have control of all the production phases, from the moment the animal is born to their sacrificing and, if at any time we detect a problem, the producer has immediate access to that information and can apply the necessary measures. Therefore, the producer (considering as such all the agents in the chain) should undoubtedly be one of the main beneficiaries of this technology.

In terms of production, what advantages would this platform have for the farmer?

At the animal welfare and health level, apply corrective measures to any problem in advance and quickly, which will reduce costs. For example, studies have been carried out that show that animals, before becoming ill, change their feeding pattern and decrease the amount of food they eat. If we can detect this before clinical signs appear, the producer can now act and apply the necessary treatment without waiting for casualties or more serious problems to occur.

In an intensive production sector such as pigs, it is feasible to invest in this farm model?

We do not know the costs yet, since it has not yet been decided which technology we will end up using. What we do know, from models of other species such as milk cows, is that this technology has a high cost, but it pays for itself if it provides the necessary information to improve the production process. In other words, the reduction in losses associated with the unawareness of the animals’ state would compensate for the investment made.

And, from the consumer's point of view, what are the main advantages?

To have more information: the consumer will be better informed and will be able to decide to buy based on the data offered. The hypothesis is that, if the consumer is concerned about animal welfare and is well informed about the state of the animals where the meat they buy comes from, they will end up tending towards products whose welfare standards are higher, which is a higher quality standard.

When do you expect the platform to be available??

The project lasts for four years. We are now about to finish the first phase and in a few weeks we will start the second and third phases, which last 18-24 months. The estimate is that these phases overlap for some time with the last one, devoted to the design of the tool, so we hope to have the first preliminary results in about two years or two and a half years. Then, we will only have the process of refinement and validation of the platform left, which must be completed by September 2023.