In August 2018, the Chinese Ministry of Agriculture confirmed the first outbreak of African swine fever (ASF) in the country, specifically in Liaoning province. Since then, the Chinese pig sector has focused its efforts on fighting this disease that has led to a devastating crisis in the Asian giant, causing the slaughter of 60% of its total, lower availability of meat, and a considerable increase in imports. Between 2018 and 2020, this situation has offered great opportunities to countries like Spain to increase its pork exports to China. However, in 2021 the Chinese pig sector's fight against the ASF has paid off, and the industry shows its first symptoms of recovery. How will this recovery affect Spanish pigs?

According to data from the Chinese Ministry of Agriculture and Rural Affairs, The Asian giant is estimated to recover 80% of its pig inventory by the end of 2021, and pig meat imports will decrease by 14%, going from 4.3 million in 2020 to 3.7 million in 2021, due to the increase in national availability. On the other hand, estimates from the United States Department of Agriculture (USDA) are along the same line. They suggest that China could import 30,000 breeding pigs to repopulate its pig genetics. However, these recovery figures would still be far from the numbers before the spread of the ASF in China.  Miguel Ángel Higuera, director of ANPROGAPOR, considers that this foreseeable increase in the Chinese pig count may mismatch the relationship between production, consumption and import: "Right now we have stabilized consumption with production and import. Of these three variables, production will increase and, if consumption does not do so on par, it will inevitably affect imports. There is still a lot of room to recover the intake of pork meat that China had in 2018 compared to the current one. If this consumption recovers, Spain will be able to practically maintain its export quotas to China".

Throughout 2020, the Chinese government has positively stimulated the recovery of pig production. As Lu Nan, CEO of Olmix China, explains "The Chinese government has injected a large amount of money into pig production during 2020, which has allowed the creation of new farms and, on the other hand, it has also allocated resources to support the growth of the inventory of breeders and piglets". These investments have allowed the implementation of new biosecurity measures on farms, especially after the last major ASF  outbreaks.

Regarding the national pig count, at the end of December 2020, the number of pigs reached 90% of the level it had in 2017, as reflected in statistics from the Chinese Ministry of Agriculture. 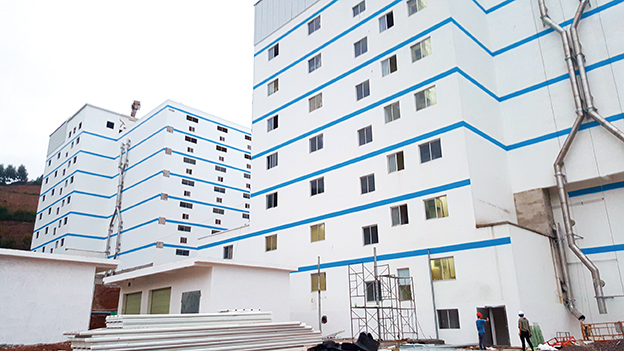 Pork is one of the Chinese's preferred foods and the country is the world's largest user of this food. However, the increase in costs caused by this food's unavailability has favoured the increase in the consumption of poultry. This makes it necessary for pork exporting companies to China to focus on repositioning this product in that market and at a reasonable price. As Higuera assures, "if there is more availability of the product, safe consumption will increase, and the price will decrease," adding: "Currently many countries, such as Spain, are campaigning in China to position their pig products and refloat consumption. It is precisely in these campaigns that we have placed many of our expectations."

China currently consumes between 35 and 40 million tons of pork, while in the years before the spread of ASF in the country, consumption amounted to 50 million. Of the total consumed, around four million tons come from imports. According to Higuera: "The imported quantity does not serve to compensate for the losses that have occurred, since we are not supplanting said loss with the import. Therefore, there is still plenty of room for China to grow in domestic production”.

"Pork is one of the Chinese's preferred foods and
the country is the world's largest user of this food."

According to data from the Secretary of State for Trade, exports of fresh and frozen pork products to the Asian giant quadrupled throughout the first eight months of 2020. This trend was beginning to be intuited in the first quarter of 2020, amid the coronavirus outbreak in Europe. However, this record of pork exports to China is caused by different reasons: first, a ASF outbreak that forced the slaughter of 60% of the pig count in late 2019; second, the celebration of the New Year in China, with the increase in consumption that this celebration implies and, last, the "pairing" effect produced in January and February by the closure of national factories by the coronavirus.

All these factors have made Spain exceed all previous records (in June 2020 alone, Spain exported as much pork as in all of 2018), something that, as Rossend Saltiveri points out, responsible for pigs in Union of Unions and Union of Pagesos, it will hardly happen again: "2020 has been an excellent and exceptional year, but if China recovers, the import trend is likely to decline. However, the Chinese population may increase pork consumption, so exports from Spain could be maintained, although not with the volumes of 2020". 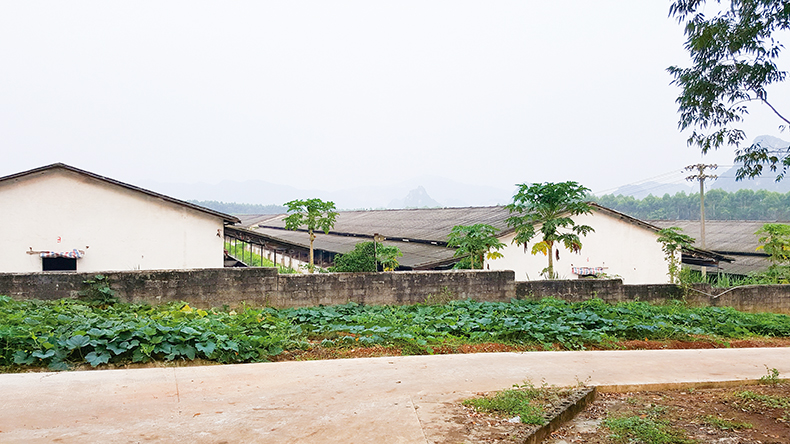 How is the recovery of Chinese pigs expected to GO?

Instead of when the Chinese pig sector will recover, which foreseeably could be 2024 (at the rate China is going, by then it should have recovered 90% of the total it had before the ASF), experts are more concerned with what this recovery will be like. In this sense, Higuera explains: "Before the ASF, around 70% of production in China was backyard, while the remaining 30% corresponded to industrial production, which was what reached cities. Precisely that 30% was the one faced with imported meat. The situation has changed since the African swine fever has mainly affected backyard production and has favoured professional output growth. When China recovers its production, it will increase to about 80% professional pork production, compared to the 20% production, whereby the pressure will come from the marketing lines that we had before the African swine fever, because our way of reaching the Chinese consumer has increased considerably, causing competition to be much stronger when the pig sector has recovered."

"The Chinese population may increase pork
consumption, so exports from Spain could be maintained."

What can the Spanish pork industry do now?

To maintain the efficiency of Spanish pork and to continue exporting as before, experts point out that, first, keeping biosecurity levels high is essential to prevent ASF entry; secondly, every effort should be made to avoid having any COVID-19 problems at any link in the production chain; and thirdly, it is essential to know how to structure the sector when China stops buying the volumes of pork that they are now purchasing from Spain, and that, in the last three years, the generous involvement of the Spanish pig meat industries with the Asian market has brought great benefits. However, in the long run, they could be a problem. "That implication right now is justified by the high demand for pork in China. What happens is that, indirectly, we are ceasing to supply other usual customers because they do not pay the same as China or because the same volumes do not matter. We will pay for that in the long run. Those customers who we do not supply may reduce their import quotas, reduce consumption, or go to another provider", Saltiveri maintains, and adds: "Right now, the situation in China, from the economic point of view, for us it is fantastic but, from a strategic point of view, we are losing a lot of market share in fascinating countries such as the Philippines, South Korea, and Japan.". In this sense, and as the director of ANPROGAPOR maintains, for his part: "It is important to work so as not to lose the clients that the sector already has and be clear about which ones can be used when export volumes to China decrease."

In this situation, it is convenient to diversify markets and for exporting meat companies to make a future investment in taking care of potential customers. "In the face of the situation in China, we should look for clients' long deadlines and stop thinking about the immediate benefit that China offers. The future of the sector will depend, in part, on the decisions made by each of these companies," says Higuera. With all this, although the official number of reported cases of ASF in China decreased significantly in 2020, the disease is still present and its impact is still there, as it is not an easy thing to eradicate. Although problems remain, recovery is increasingly visible. Proof of this is that last January, the Dalian Stock Exchange allowed the first contracts with live pigs. On this question, Saltiveri acknowledges that "it is not something that could be affected as long as our operators participate in that exchange and know how to do it."

Despite everything, professionals in the industry trust that China will reach around 95% self-sufficiency, leaving the remaining 5% to import. "With that, we would have the gap we need to place those three or four million tons of pork in China, and all exporting countries would do very well," conclude Higuera and Saltiveri.