Vietnam has one of the most important pork markets in the world, something that is not surprising if we consider that the country is part of the group of the largest producers and consumers of pork in the world. Specifically, it is the second-largest pork producer in Asia, only behind China, and the seventh worldwide. In turn, it is the largest per capita consumer of pork in Southeast Asia and the sixth in the world. However, in recent years it has had to face adverse situations such as the arrival of ASF or the Covid-19 pandemic.

If years ago pork consumption was supplied more than 95% by domestic production, the arrival of African swine fever (ASF) in 2019 changed this scenario. ASF led to a clean-up of the Vietnamese pig herd, which was reduced to 85% (in 2020 about 90,000 pigs were slaughtered).

This situation resulted in a reduction in production and the consequent price crisis, finally impacting domestic consumption and leading the country to increase its pork imports. Thus, in 2020 Vietnam imported more than 220,000 tons of pork, a figure well above the 30,000 tons per year that were imported, at most, years ago. However, the latest information from the Vietnamese government indicates that the situation has already normalised, both in production and prices.

On the other hand, the ASF crisis has allowed the Vietnamese pig sector to invest large amounts in improving the quality, size, technology, integration, and biosecurity in pig farms, favouring a significant qualitative and quantitative improvement of the country’s productive structure. Thanks to these improvements, it seems that Vietnam will not be one of the world’s largest importers of pork, despite the increase in consumption, instead, it will need to increase its demand for pork from abroad. 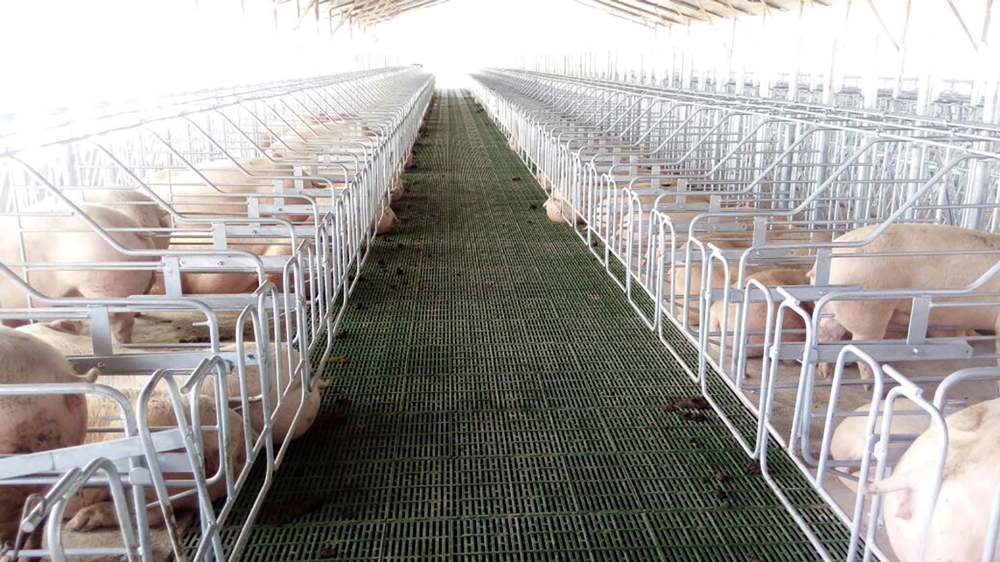 Pork is the most important source of protein for the Vietnamese population and the main ingredient of many dishes in its gastronomy. Possibly, for these reasons, Vietnam has positioned itself as the largest consumer of pork per capita in Southeast Asia.

The Vietnamese consumer virtually only consumes fresh pork, and the consumption of processed meat is very limited and only accessible in restaurants or gourmet establishments. In this sense, 59% of pork consumption in Vietnam corresponds to the volume of purchase of this food for the home, while the remaining 41% corresponds to consumption outside households.

Pork consumption in Vietnam has seen significant growth over the past ten years, with annual increases of between 1 and 2%, reaching around 28.5 kilos per capita in 2019. However, in 2020, as a result of the arrival of ASF in the country and the impact of the Covid-19 pandemic, per capita consumption fell to 27.8 kilos. Despite this slight decline, forecasts indicate that consumption will once again regain its growth trajectory.

In 2020 Spain was Vietnam’s eighth pork supplier, behind Russia, Brazil, Poland, Canada, Germany, and the USA. Spanish exports in that year accounted for 6.8% of all Vietnamese imports of pork and pork products, reaching 15,190 tons, worth more than 20 million euros.

Aspects such as health, origin, food safety and responsible use of antibiotics are becoming very important within the Vietnamese pig sector and among consumers. It is for this reason that the Vietnamese authorities have initiated the implementation of policies and regulations aimed at reducing the pollution generated by the country’s many farms.

Domestic demand for pork in Vietnam is expected to grow at a faster rate than domestic production in the coming years. According to World Bank forecasts, meat consumption will increase at a rate of 7.8% while in the case of processed products, the growth will be 10%. Thus, the rapid and growing urbanization of the Vietnamese population, and consequent abandonment of rural populations, make it possible to think of significant opportunities in the medium or long term for quality processed products and high levels of biosecurity, aspects of great importance among Vietnamese consumers.